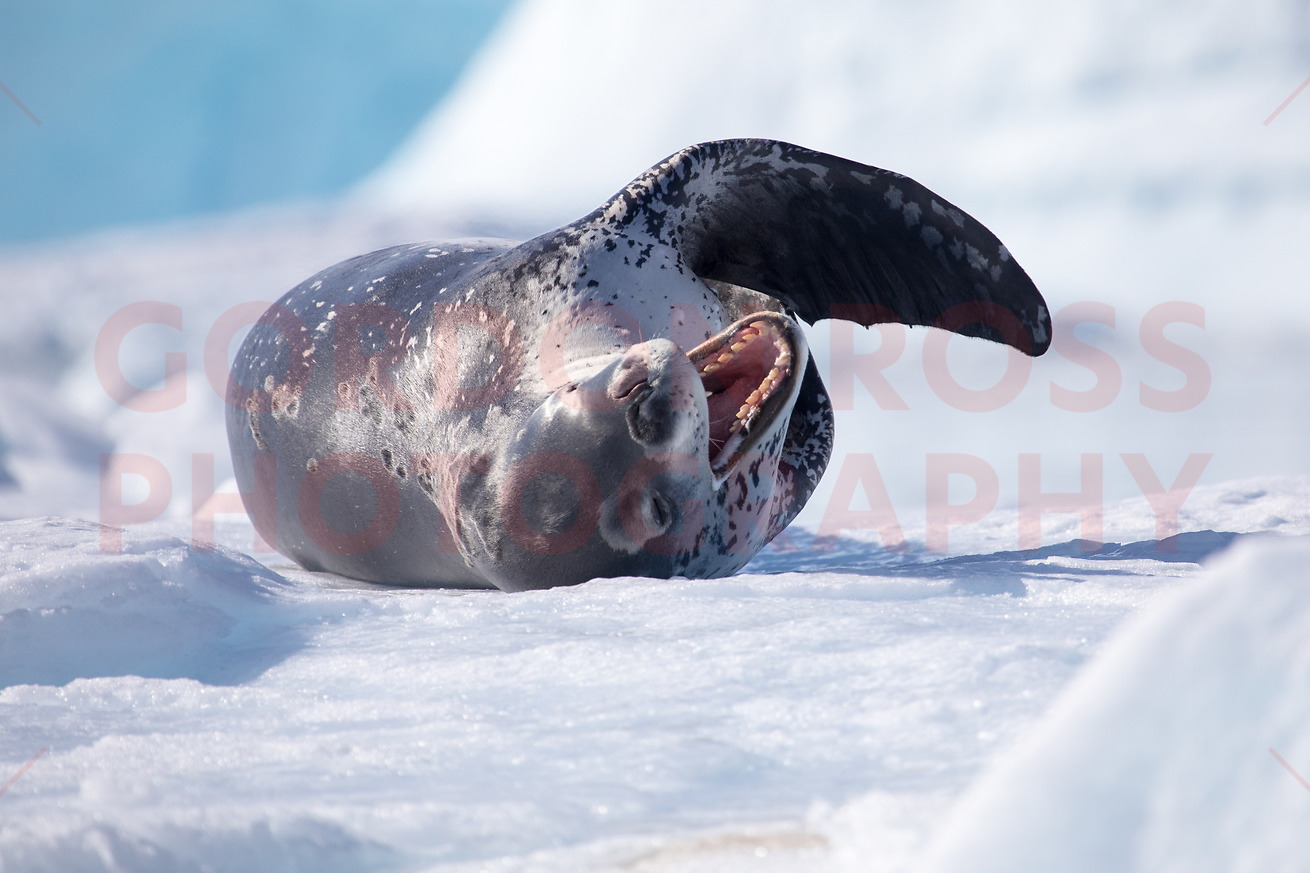 Here’s a short video of a Leopard Seal that I filmed several years ago. These seals are number 2 in the top predator rank; their only natural predator in the Southern Ocean is the much larger Orca.

They are “true seals” and do not have external ears. Instead, they have an opening on the side of their head that connects to the ear canal. Their muscular bodies, massive head and jaws make them ideal predators. The Leopard Seal feeds on pretty much everything in the Antarctic waters: penguins, seal pups, fur seals, birds, cephalopods… Like the crabeater seal, it has specialized rear molars that filter water to catch krill. They also have sharp incisors for tearing flesh.

They grow to a maximum of 3.5 meters and weigh up to 600 kilograms with females slightly larger than the males. They are amazing vocalizers and can do it for many hours a day.

This video was shot near the famous Lemaire Channel. Conditions were perfect that day. Smooth waters and clear skies. When they’re not in the water, they spend their time resting on the ice.

There are estimated to be somewhere between 200,000 to 400,000 Leopard Seals alive today. They are not endangered right now but as the ice shelves melt in Antarctica due to climate change, they’re existence may become more precarious.

I will post more about this amazing region in the months to come.